A downloadable game for Windows and Linux

(This is a very rough and limited demo made for Yuri Jam 2019, so tread carefully. It's not particularly good or fun yet.)

You're Priscilla Marlow, an ordinary archaeologist who has sailed to a remote island with two other girls, the Princess of your motherland and eccentric scientist with cat ears. You're tasked by the Matriarch to do excavations on some strange ruins here, but it soon turns out that it's not just an ordinary field trip.

What's so special about these ruins for them to send the Princess here with you? And why is everyone gay? It's a peculiar coincidence, but good one at that. But, either way, are these ruins perhaps hiding something deep within? Something, or perhaps someone, of extraordinary power that could change the tide of the conflict emerging in your motherland?

Pris (Priscilla Marlow): You, the ordinary archaeologist. Everyone says that you're a good girl, but sometimes you wonder if there's anything special to you apart from that and the fact that you like girls.

Emily (Emiliana Honeycutt): The bold princess of your motherland, the Matriarchy. She sounds like the typical high and mighty royal person at first, but perhaps that's just the first impression. And even if it weren't, pushy girls like her aren't bad at all...

Minta (Araminta Pettigrew): An eccentric scientist. For some reasons, she has cat ears and occasionally meows like a cat too. But her personality actually seems more dog-like: she gets easily excited and likes to research all kinds of things, including other girls...

There's around 5000 words worth of story and dialogue in the game. You can explore the ruins, toss rocks around, lit torches, solve a simple puzzle, trigger events, encounter monsters, find an item, unfold the story a little bit and go to a date with Emily and Minta.

The game is very incomplete at this point, but I had a lot of fun making it so far and like the concept myself. I plan to continue development and make this a real RPG once I get the funding somehow. I might create a crowdfunding campaign sometime in 2020, once my other game is released and this demo is playable and polished enough.

If you found a bug or have feedback or things you'll like to see in the game in the future, leave a comment!

I'm a a geeky dyke, a lesbian lizard and an independent game developer. I make LGBT+ themed games, primarily about and for queer women, hopefully for a living eventually.

I hope to develop the kind of games that LGBT+ people can truly enjoy; games with queer stories, queer people, queer love and all the other lovely things.

Whoa, this is quite cute and fun!

I think there’s a lot of potential with the temple excavation mechanic and while the dialogue and controls both need a little work the characters are quite charming! <3

I’m interested to find out more about this world and explore deeper….

Ooh! Thank you so much!

Sorry that I'm so pedantic about this, but this is the first time anyone has sent me fan art, and I really want to do this the right way! :) 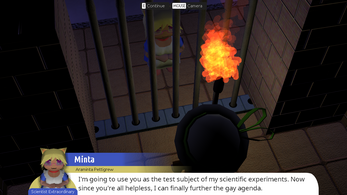 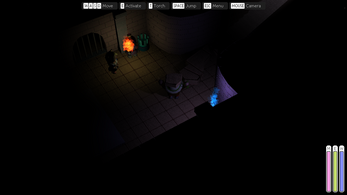 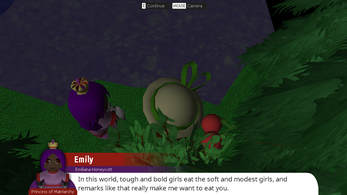 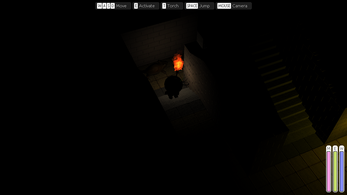